Since the early 2000’s when the Atkins Diet became popular, carbs have been the devil, the saviour and everything in between.

It’s lead to total and utter confusion for many people, so in this article l I want to help you understand carbs slightly better. 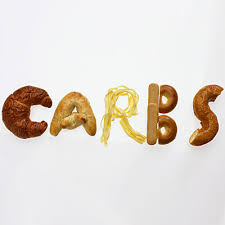 There are few things in fitness and nutrition that are more confusing to people than carbohydrates. In terms of mixed messages, nothing else comes close – nutritionists and personal trainers on both sides of the debate are arguing their side with increasing zeal.

On one hand, you’ve got the low carb aficionados citing really credible research showing that a low carbohydrate diet is optimal. On the other hand, you’ve got others who show research debunking these claims, suggesting we need carbs for energy and hormonal health.

The truth is, the best diet is the one that suits you, your requirements and your circumstances, whether that’s high carb, low carb, paleo, ketogenic etc.

I’m going to explain carbs – what they are, why they’re needed, how much of them are needed and when to eat them.

We’ll start at the most basic level…

Carbohydrates are anything from a plant source, so rice, potatoes, fruit, vegetables, bread, pasta etc are all carbohydrates.

The reason bread, pasta etc are considered carbs is because their main ingredient is wheat, which of course is a plant.

What do they do?

The main role of carbohydrates in the body is to provide energy for movement, brain processes, recovery etc.

Now you know what a carbohydrate is, lets break them down further to increase your understanding of them…

I separate them into fibrous carbs (higher in fibre) which are fruit and vegetables and starchy carbs (higher in starch) such as potato, rice, lentils, beans, squashes, pasta, bread, breakfast cereals.

Here’s a couple of visual representations of carbs, to really hammer the point home! 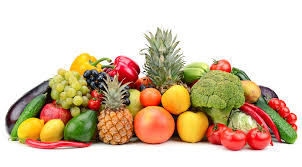 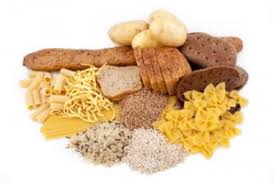 From a health point of view I have noticed that most people tend to do best when they eat NATURAL food, so I advise you to eat your starchy carbs from rice, potatoes, lentils, beans, sweet potatoes and avoid foods like bread, pasta and breakfast cereals.

There is a school of thought that many of us are carbohydrate ‘sensitive’ rather than intolerant. What this means is that certain grain-based carbs such as pasta, bread, cereal etc can have a negative effect on us, giving us digestive issues such as bloating, heartburn or diarrhoea.

If you put yourself in this camp, steer clear of the grains and instead look at potatoes, sweet potatoes, fruit and veg as your carb sources. Try rice in small doses and see how you get on – if you’re fine, go ahead and continue to eat it.

How much carbohydrate do I need?

If you are overweight, my initial answer would be “less you currently eat”.

The problem is that it’s a question that isn’t always easy to answer because it depends on a number of factors such as weight, activity levels, age etc. In my experience though, most of us really overestimate the amount of carbohydrate we actually need.

As a general rule, your carbohydrate intake should be in direct proportion to your activity levels.

Here’s an example we can all relate to…

If I wanted to drive 500 miles, I’d fill my car with fuel. If I changed my mind and DIDN’T make the drive, I wouldn’t then put more fuel in my car, would I?

But that is exactly what people do – they eat an abundance of carbs and fats but don’t burn them. The following day, they do the same. The more this behaviour is repeated, the fatter they become.

So, on days when you are exercising, you can eat slightly more carbohydrate.

On days when you aren’t exercising, it’s a good idea to reduce the amount of carbohydrate you eat, or eat your carbs from fibrous sources only. 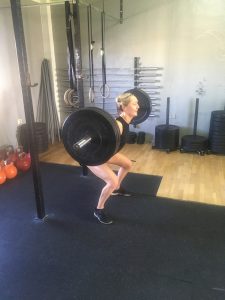 So why are carbs singled out?

Carbs manipulate hormone levels more than the other food groups, which can lead to weight gain. They also hold on to water in the body which of course adds weight to us.

Which brings me on to the next point…

In the first week of a low carb diet, you’re likely to lose a lot of weight – up to 10lbs in more extreme cases.

It’s water loss. You’ll find it almost impossible to lose all of that fat in one week (if you find a way though, do let me know ASAP!)

Water is heavy (pick up a full bucket of water for proof), so that explains the dramatic early weight loss. You’ll notice that after the first week, weight loss slows down to a similar rate to other diets.

Don’t be fooled into thinking you’re losing a lot of fat – your fat loss is likely to be no greater than it would be on other diets. You’re just losing a lot of water early on, which can be a great boost for motivation in the short term – just don’t expect it to continue for the long term.

An old bodybuilder trick when trying to lose weight is to strictly time your carbohydrate intake around your training.

What you do is eat a small amount of carbohydrate before training (for energy to get you through your workout), then the rest of your carbohydrate in the 30-60 minutes immediately after training, where your metabolic rate is higher.

The rest of your food intake for the day would then be low carb such as meat and vegetables, salads, soups etc.

It’s a very, very effective trick for weight and fat loss and one I use myself when cutting weight. 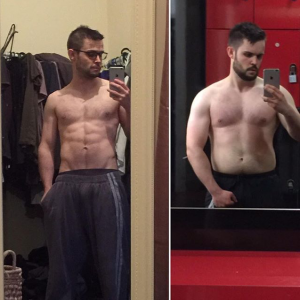 Carbs aren’t the devil. The problem is an overconsumption of calories generally. You eat too much, you put on fat. It’s that simple.

However, it’s likely that you can make better choices when it comes to your carb intake, both in terms of the sources and the timing…

If eating a low carb diet works for you, great – go ahead and do it. If you prefer more carbs, just bear in mind the advice above and make it work for you.
Check out this article if you’re interested in a few new ways to reduce the amount of carbohydrate you eat.

One final tip – I eat a lot of my vegetables in the form of soup – quick, easy, healthy and tasty. I’d suggest you do the same to make life a lot easier! I use this food processor to make the process a doddle…

I hope after reading this you understand carbs in better depth. As always, if you have any questions, fire away.