Last week the fitness blogs were buzzing with commentary on the findings of a study by researchers at Birmingham University. You can see an article summarising the study here. It concluded you can’t be fat but fit.

I didn’t say much on it at the time, but after reading opinions on both sides of the fat but fit debate I thought I’d stick my oar in….

The Fat But Fit Study

The study looked at the medical records of 3.5 million UK patients over a 20 year period to assess the risk of excess weight on long term health.

They tracked people who were obese at the start of the study (defined as people with a body mass index of 30 or more) who had no evidence of heart disease, high blood pressure, high cholesterol or diabetes at this point.

They found these people who were obese but “metabolically healthy” were at higher risk of developing heart disease, strokes and heart failure than people of normal weight.

In conclusion, even if you think you’re healthy despite being overweight, you’re at a much higher risk of disease in later life. A ticking time bomb, so to speak.

Interpretation of Data and Reporting…

As with all of these things, every man and his dog had a say. Blogs, Twitter, Facebook, gym conversations etc. I read and heard a lot about ‘fat but fit’ last week.

It’s my belief that this isn’t even a study on ‘fat but fit’ (fitness wasn’t measured), instead it was a study on weight and long term risk of disease. As ever with the media though, that headline isn’t as sexy so the reporting was adjusted.

We’ve all got opinions and one of the benefits of free speech and social media accounts, even if you know next to nothing on a topic, are that you’ve still got a platform to shout your mouth off from.

They were sharing opinions on perhaps a misleading title, but still, it sparked some good debate on a topic we all have some thoughts and opinions on.

That’s why I wanted to offer perhaps a more reasoned opinion than Fat = Good or Bad.

I noticed two main sides in the fat but fit debate.

On one side you have the body positive group, suggesting that the study was unfair and that the reporting was misleading.

On the other side, you have the “I told you so” group.

The point where I agree with the body positive crowd is in the reporting – in particular, with the terminology used in the write ups of the study.

The study measured ‘obesity’ as a health risk, not fat. Of course the media ran with headlines of ‘fat but fit doesn’t exist’ etc and didn’t really mention anything about obesity, not fat being the variable that was measured (yes, obesity and fat are two different things as we’ll discuss later).

Where I agree with the “I told you so” crowd is that I fundamentally believe that being significantly overweight is unhealthy – whether over the short or long term, but certainly the risks increase over the long term.

I said fat and obesity are different. We’re going to learn why – strap yourselves in, the science is coming.

Let’s take that word, ‘fat’ and look at it in more detail.

Fat is actually a body tissue. Calling someone ‘fat’ is like calling someone ‘bone’. It doesn’t really mean anything scientifically – we need parameters, which is why terms such as ‘obese’ are used in studies – obesity is something that can be measured.

Labelling a person ‘fat’ or ‘thin’ is subjective. It’s opinion-based, rather than objective which is a conclusion drawn from data.

You can measure obesity (although the current measure used, BMI is about as much use as a chocolate teapot as my 29.1 score will testify), which is why it’s used in studies.

Now we’ve cleared that up, I’ll hop off the fence and clarify my position….

Both sides of the fat but fit argument are wrong. 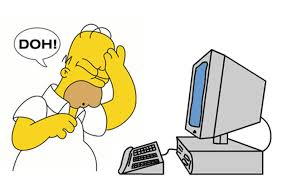 The Body Positive crowd are in some cases, irresponsible.

I don’t care what body shape you are, it’s none of my business. If you’re happy, great – keep doing what you’re doing. I’m all for confidence, happiness and improving self-esteem.

What I’m against is the sections of the body positive community encouraging others to embrace being overweight as if it doesn’t matter. It does. It’s dangerous, it’s clearly unhealthy and it sets a bad example.

Don’t encourage weight gain just to rebel against a media portrayal of ‘perfect’.

The other side, the smug non-obese. You’re wrong too.

To start with, I’d like someone to define the terms ‘fat’ or ‘unfit’ for me. You can’t, because no scientifically robust definition exists (to my knowledge). If you’re going to be steadfast and forthright in your ‘fat but fit’ opinions, define your terms.

There are definitions of fitness, but they are difficult to extrapolate to a wider population (again, I’m not going into how or why right now – it’d take waaaaay too long).

There are also measures we can use to describe a person’s weight as being healthy or not, but again it’s a poor measure. Until science can accurately describe a level of body fat where we tip into a high risk zone, the labels ‘fat/too fat/too much body fat’ aren’t good ones.

The problem with using body fat as a measure alone is that it doesn’t account for cardiac and neuromuscular performance. It merely tells us how much of that particular tissue type we have.

You can improve your fitness pretty quickly, but the weight and fat loss take a little longer, especially if you have a lot of weight to lose.

A 5’8 person starting at say, 130kg could lose 30kg, improve their health and fitness enormously and yet still look (and be, if we’re looking strictly from a scientific point of view) overweight.

They’d be pretty fit, but their level of body fat and appearance would lead many to believe they were just overweight and unhealthy. The truth however would be different – by lots of measures they would probably be in pretty good condition, you just wouldn’t be able to see that externally.

Fat but fit can make sense here, in this kind of circumstance. The question is, can fat but healthy also make sense? That’s a more complex question.

To assume being a healthy weight according to BMI makes you healthier overall is plain wrong.

Imagine a person with a BMI of 22 (apparently healthy weight). They could be a 50 a day smoker, their diet may be utter garbage and they may not have exercised in 30 years. I’d bet anything they’d be less healthy than a good number of people who are overweight but actively trying to lose weight.

Externally though, they may look pretty healthy because they don’t carry much excess weight.

Health is a complex picture and the model of health is made up from a lot of moving parts.

A true measure of health would include a fitness assessment, so we should always be reticent to label someone as ‘healthy’ or ‘unhealthy’ without a better idea of the overall picture.

Health and the Absence of disease

Too may people assume that just because they don’t feel unwell or their common markers of health (blood pressure, cholesterol etc) are all OK, they aren’t unhealthy.

That’s akin to saying ‘I’m rich because I don’t have bailiffs coming to take my TV’.

The problem probably lies in a lack of knowledge. I’ve spoken to hundreds of people who proudly tell me that according to their doctor, their cholesterol and blood pressure are fine.

I’m sorry, but hanging your overall state of health on those two markers is frankly, ridiculous. You could have a car with brilliant brakes, but the gearbox might be on it’s arse, for example.

It’s not until you test a wide range of measures that you can give an overall picture of health, so don’t place too much pride or worry on those figures alone.

What is clear in the data is that irrespective of your societal position on weight and body fat, being overweight puts you at greater risk of disease, certainly over the long term. You are likely to be less healthy than you would be if you weighed less.

I’m not attaching an opinion to that statement, I’m just highlighting what the data shows.

To an extent, we should ignore the ‘fat but fit’ titles and focus on the ‘fat but healthy’ angle, which is the real story here. It’s a measure of weight and disease, not weight and VO2 max, as far as I have read.

What we should draw from this ultimately is that the passive approach we sometimes take to our health isn’t a good idea. We all have a responsibility to look after ourselves in the best way we can. It benefits us all, even if it doesn’t feel like it at the time.

Having worked in the health and fitness field for close on 15 years, these opinions aren’t made up on the spot. They’ve been formed over a long time. The people with the best quality of lives over the long term are the ones who look after their health as a priority.

What are your thoughts on the matter? I’d love to hear them…
Steve

P.S. Don’t be unhealthy. Buy my book. It costs less than a pint and will keep you fit for life (if you do as it says)… 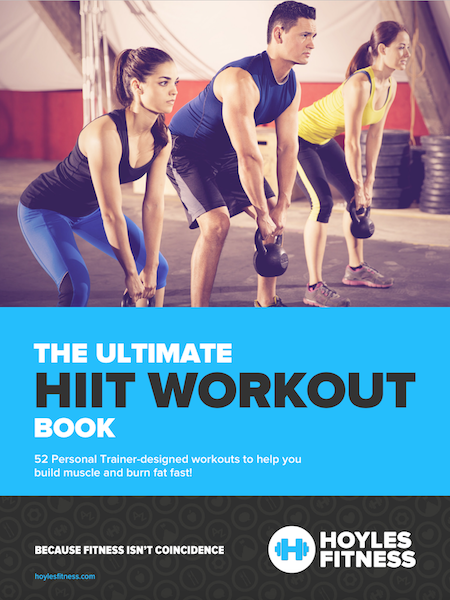 5 thoughts on “Fat But Fit (But Do You Know What You’re Talking About?)”