Readers of the recipe section of my blog will know that I don’t often post any high-carb recipes, mostly because I believe in the vast majority of cases, we eat too much carbohydrate.

There is a time and a place for carbohydrate though – when they have been EARNED through some good, hard training.

When you have earned your carbohydrates, I can think of few better ways to eat them than this amazing baked potato recipe… 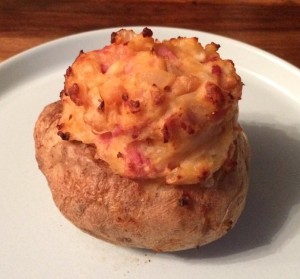 This is an amazing baked potato recipe, plus the technique can be used with all kinds of other fillings, so get creative and enjoy your carb re-feed days!

For more great recipes, check out the recipe section of the blog.