This article will outline the basics of bone physiology and the function and structure of the skeletal system.

The Skeletal system is a complex network of bones, joints, cartilage, ligaments and tendons. Collectively, the skeleton provides a stable support frame for the body and offers protection to many of the vital organs. Furthermore, the bones are the factory of blood cell production and allow movement of the body via the joints. The bones also act as a store for minerals and fats, secreting these into the bloodstream in times of need.

The bones provide the mainstay of the framework for the body, with the cartilage, ligaments and tendons attaching themselves to this framework via various connective tissues. The basic function of each is as follows:

• Cartilage lines bone surfaces at a joint preventing bone surfaces coming into contact. It also acts as a shock absorber. A progressive wearing away of joint cartilage is known as Osteoarthritis.

• Ligaments attach bone to bone across a joint. This not only allows the joint to function effectively, but it also provides stability by maintaining bone alignment and positioning.

• Tendons attach muscles to bones – vital with regards to human movement as the contraction of a muscle is the primary element in the movement equation.

The other main function of the skeletal system is blood cell production, a process known as haematopoiesis. The blood cell production takes place in the ‘red’ marrow of bones – In adults this in the bones of the head, back, torso and hips. The limbs tend to contain ‘yellow’ marrow, which consists of mostly adipose tissue.

Despite the assumptions of many, the human skeleton is in fact, living tissue. Like all living tissues, bones require the correct nutrients and care in order to maintain optimal health. Bone injuries and diseases are very common, with almost all of us suffering from one type of bone injury or disease during our lifetime. Typically, athletes, the elderly and post-menopausal women are the most at risk from bone injuries and diseases. 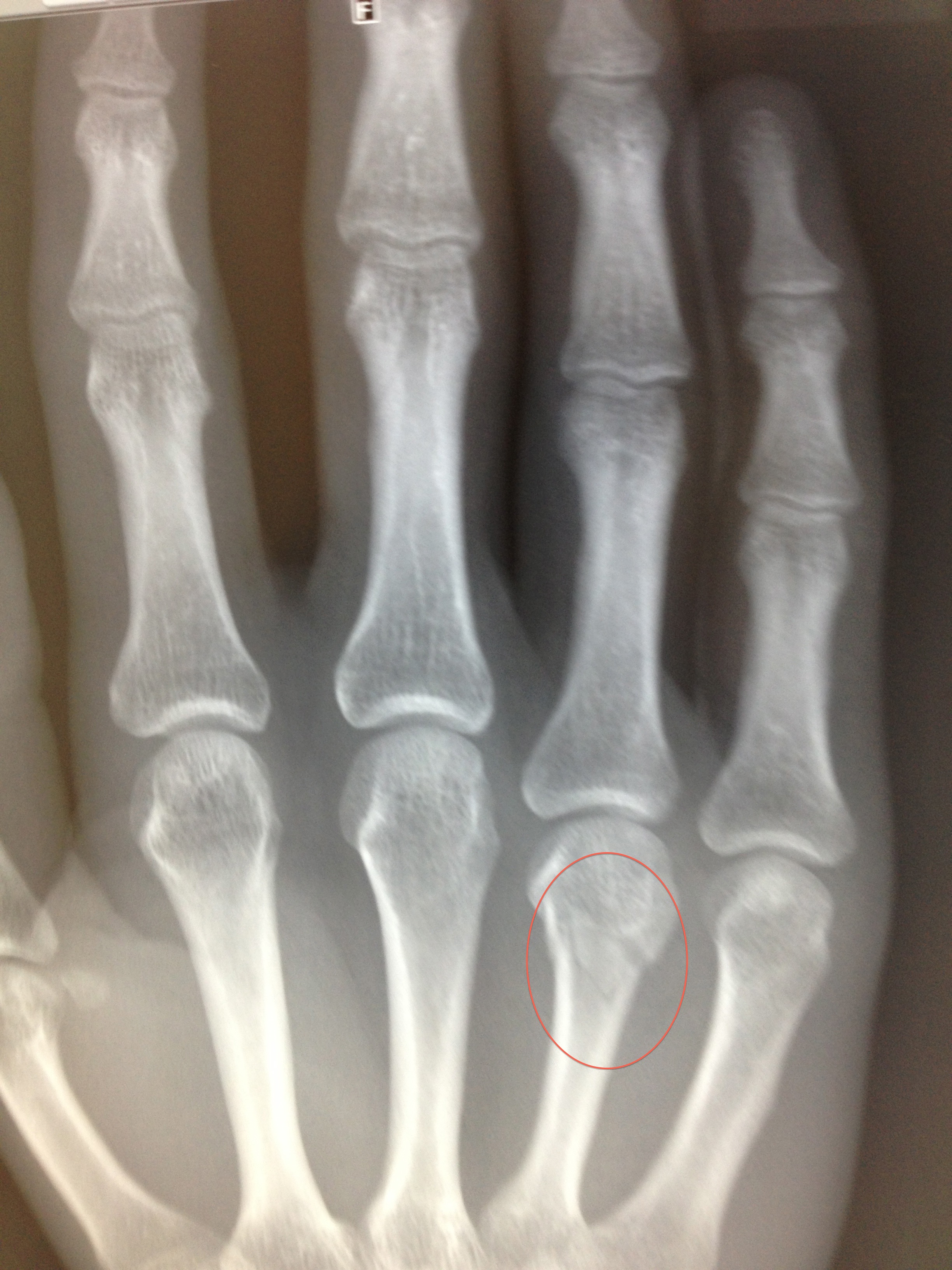 The combination of the collagen and calcium is often likened to reinforced concrete – the collagen element symbolises the reinforced steel bars and provides the flexible strength to the bone matrix. The mineral components provide the matrix with the weight-bearing strength they require to support the weight of the body and the various stresses it will be placed under.

The thin outer layer of the bone is called the periosteum. This contains blood vessels and nerves, and is attached to the skeletal muscles by means of tendons. The tendon is firmly attached to the bone, and will only become detached with massive force. In this event, the bone can re-form the joint by growing larger although the joint may be deformed. Likewise with a broken bone – if it is not recognised, or set correctly, the bone will naturally re-form, but may do so with a slight deformity.

The stronger, more compact part of the bone beneath the periosteum is called the endosteum. This is capable of supporting massive weight – a small piece of healthy living bone can support several tonnes of direct pressure.

Depending on the function of the bone, it will have different levels of strength, porosity and classification, and it is this function which determines its underlying structure.

• Low porosity bones (5-30% porous tissue) are called cortical bones. These are the strongest bones, such as the bones in the leg, and these can withstand great compression without injury.

• High porosity bones (30 – 90%) are called trabecular bones. The porosity provides a shock absorber for the body.

The strength of the endosteum will naturally diminish with age. This ageing effect will be significantly reduced by maintaining a programme of strength training, even into considerable old age. The strength training programme will positively influence the remodelling the bones (formation of new bone tissues).

The central cavity of most bones contains marrow. Bone marrow is the origin of red and white blood cells, and provides a storage centre for adipose tissue. Red cells transport essential oxygen around the body, and white cells help to fight infection.

In addition to the structure, there is a further classification of the bones into four main groupings according to their shape and function.

A joint is a location where two or more bones meet to allow various degrees of movement. Not all joints allow movement however, such as those in the bones of the skull which are fused together. There are various classifications of joints, depending on their physiological makeup and ranges of movement.

The joints are classified in the following way:

As discussed before, the ends of the bones are covered with cartilage, which is designed to minimise friction. Ligaments hold the bones together, and the joint is enclosed in a capsule filled with synovial fluid, which acts as a lubricant.

Dislocation of the joint is when the joint is disturbed from its normal alignment. Dislocations are usually easy to recognise due to odd angle of one of the limbs involved. Such dislocation – usually a result of a massive force in the direction that the joint was not intended to move, may result in a permanent weakness in the joint and a tendency for repeat dislocations. This is due to a stretching of the ligaments that may never fully recover. Rehabilitation of the musculature surrounding the particular joint can greatly limit the danger of future injury.

The bones are in a continual state of flux. The tissue is reabsorbed into the body, and continuously remodelled. Bone mass will reduce with age – on average in a man the loss will begin at the age of 50, whereas the woman will lose bone mass at twice the rate from the age of 35. Some women could lose as much as 30 – 50% of bone mass by the age of 70. Thinning of the bones is known as ‘osteoporosis’, which is often mistakenly believed to be a disease.

The prime defence against age related bone loss is an adequate intake of nutrients, in particular calcium, together with regular impact or weight bearing exercise. These will produce an increase in bone mass as it does at any age. Women who train with weights twice a week can gain in excess of 75% more bone strength than those who do not.

Bone mineral density is directly related to muscle strength, and the bones under most stress though training have the highest mineral content. Research has shown that in percentage terms an octogenarian will gain a similar amount of strength as a younger athlete. The improvement in strength could be the difference between independence and dependence to an older person.

A well-balanced diet containing plenty of fruit and vegetables, together with some dairy products should provide the bones with adequate nutritional support to keep them healthy. While dairy products such as milk and cheese are obvious sources of calcium, less obvious are leafy green vegetables such as broccoli or spinach, which are both high in calcium and phosphorous.

Wolff’s law can have a dramatic effect on bone physiology. It states:

‘The bone elements place or displace themselves in the direction of functional forces, and increase or decrease their mass to reflect the amount of the functional force.’

Wolff’s Law is the mechanical explanation of bone remodelling. It describes how specific forces applied to specific bones will affect the bone physiology. It does not explain the biological process of bone remodelling. Essentially it states that every stress a given bone is placed under is followed by certain definite changes in its internal architecture and its external conformation.

So how does this affect the everyday recreational exerciser? Using a theoretical example, the bones of the lower legs of an experienced long distance runner will eventually grow to be significantly stronger than those of a swimmer due to the huge difference in the load the bones are subject to as a result of their training and sport. To apply the principle to a non sport-specific example, the bones of an octogenarian who puts them under load regularly will be significantly stronger than the one who sits in an arm chair all day.

To be effective, the loading needs to be very specific. A runner will have strong leg bones, but unless additional strength training is carried out (together with sufficient nutrients), this will be restricted to the legs.

But what of the reverse? If a person becomes less active, either through detraining or ageing, will the bone strength reduce? The answer is an unequivocal yes. It is clear to see how muscle strength reduces after a short period of inactivity; witness the muscles of someone who has just had a plaster taken off a broken arm. Bone density (and therefore strength) will similarly be reduced.

To ensure strong, healthy bones it is essential to consider a lifetime of balanced diet, high in essential vitamins and minerals (especially calcium and phosphorous). In addition, it is necessary to put the bones under regular, consistent load with a programme of challenging whole body resistance training.