Diet and exercise need to work in partnership to help you improve your health and lose weight.

Just as you need time to allow your body to recover from exercise, occasionally you need to give your body a break from lower calorie eating. In the fitness world this is known as strategic re-feeding, or a carb re-feed. 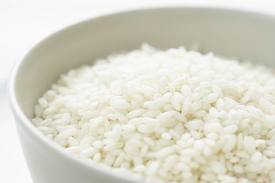 With personal training clients who come to me wanting to lose weight and body fat, I keep a regular check on these variables – I weigh them every session and I check their body fat every few weeks, depending on their goals and targets.

We drop in a carb re-feed when a client is following their diet correctly and has hit a weight loss plateau. Some trainers schedule them for a set time each week, but that isn’t an approach I particularly like as I believe the carb re-feed should come in when necessary – otherwise the client may be over-consuming calories when there is no need.

A client of mine has dropped over 50lbs since we started working together and was starting to reach a slowing down of his weight loss. This is totally normal, weight loss is ultimately a law of diminishing returns – you can’t lose weight forever, you’d waste away! It was slightly perplexing though, given he still had weight and fat to lose.

I knew his training was solid and had no reason to believe he wasn’t sticking to the lower carb and lower calorie elements of his diet.

My feeling was that he wasn’t doing with his carb re-feed days, possibly through fear it would destroy his progress if he upped his carbs and calories. This is a really common psychological problem, probably given it is so counter-intuitive – losing weight and fat by INCREASING calories doesn’t make sense. Rather than go into detail as to why this happens, I thought I’d use this simple explanation from Mark Sisson at his blog, Mark’s Daily Apple.

If you’re eating low-carb and low-calorie (which low-carb tends to promote on account of its inherent satiety) and the weight has stopped dropping, you may be low in leptin.

Essentially, by manipulating carbohydrate and calorie content of the diet we are tricking your body into burning fat faster. Your body however, prefers to store fat rather than release it (which explains why it is so easy to put weight on and much harder to lose it).

The internal monitoring system of your body will detect long-term changes in the fuel environment and make changes to your hormone secretion to protect itself. After a sustained period of low carb and/or low calorie dieting, your body will reduce secretion of insulin and leptin which will in turn slow, or even stop your weight loss.

I suspected this was the case with my client – he was reluctant to re-feed, probably resulting in a change in his hormones.

Luckily, he was going away for a 5 day break and that was a perfect opportunity for him to increase his calorie intake. He went away with clear instructions – EAT HEALTHY CARBS, relax and enjoy yourself. Move when you can, but don’t worry about training hard. Keep things simple. 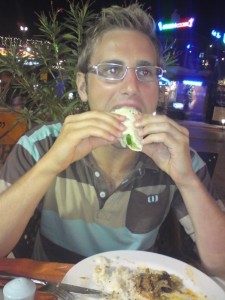 Upon his return he hadn’t put on a single gram – a good sign. It suggests he was low on glycogen and the carb re-feed had simply increased his stores. Within a couple of days of training we weighed him again and he was 5lbs down! I had convinced him to carb re-feed based on results he’d seen on himself.

If your weight loss has stalled despite you eating well, try these carb re-feed tips…

1. Get over the psychological hurdle.

I understand a carb re-feed goes against everything you have been taught when it comes to weight loss, but remember the reason. You are resetting your fat-burning hormones. It’s a carb re-feed, not a 3 week burger scoffing mission.

Some people assume that a carb re-feed is an excuse to gorge on junk, which couldn’t be further from the truth. Do that, and you WILL put weight on. The carb re-feed should ideally contain clean carbs such as white rice, sweet potatoes, white potatoes, squash, fruit etc. Still try to avoid bread, pasta, cereals and the like.

3. Carb re-feed based on facts, not feelings.

When your weight loss has stalled, experiment with a carb re-feed. Don’t just do it because it’s Friday and that’s carb re-feed day. When it comes to fat loss it’s about making decisions on facts, not feelings.

Increasing your carbs is designed to reset insulin and leptin levels. This happens quickly (depending on how long you have been low carb for), so you won’t need to keep your carb re-feed up for long. In my experience, one day is sufficient. If your weight loss is still static a few days post carb re-feed, try it again, a maximum of 4 times per week with a low-carb day in-between.

If you are struggling to lose weight yet are following a low carb, low calorie diet then use these tips and try a strategic carb re-feed. It may be the difference between results and despair!

Oh, one final point. I know low-fat food can be grim, so check out this The Hairy Dieters cook book for a few low fat but tasty cooking ideas!

The Reebok Nano X Review - a Full Deep DiveReviewsWhat Are Bumper Plates? All the Info You'll EVER Need...GeneralYou Can Dwell, Or Propel. Thoughts on a Resilience After a Bizarre Year...GeneralSix Science-Backed Methods To Improving Your Core Training Results...Exercise & HealthMyProtein Products Review - Brownies, Whipped Duo and Vitamins...ReviewsThe Healthy Winter - How To Avoid Winter ColdsGeneral