Why you should train movements, not muscles…

“What are you training?” Is a question often asked between gym users. The answer most people would give/expect is something like “chest” – typical of a split routine. It’s and old-school bodybuilding training approach that for some reason still sticks around today. In this article, I’m going to explain why you should train movements, not muscles.

I always train movements, not muscles. I do this in my own training and in the programmes of my personal training clients.

Muscles work in co-operation and systems. They rarely work on their own, so why try to train them on their own? You just can’t isolate muscles the way you think you can – muscles work in partnership to stabilise, antagonise and support.

Think a bicep curl only targets the bicep? You’re actually activating the brachialis and pronator teres, not to mention the anterior deltoid that anchors and supports the movement.

Thanks to irradiation you’re stimulating more muscle than you think. Where on the face of things this may seem like a good thing, it can and often does lead to accidental overuse injuries, because trainees aren’t aware of the fact their exercise selection has a knock-on effect with other muscles.

It’s why unless you have a mature physique and really understand what you are doing in the gym, you should train movements, not muscles.

The 7 fundamental movement patterns are as follows…

Why do I train movements, not muscles?

If you train movements, not muscles you automatically make most of your exercise selections compound movements, which are big, multi-joint exercises that use a lot of muscle in one exercise. Think of exercises such as squats, deadlifts, pull ups etc. 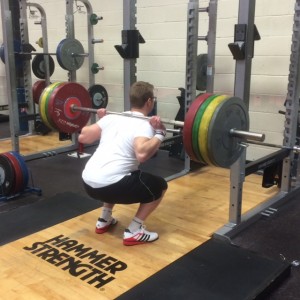 Compound exercises illicit a greater growth hormone response which forces the body to build muscle and burn fat – you literally get double the benefit from the exercise.

It’s as simple as this – you use more muscles in a movement, you get better results.

If you train movements, not muscles you automatically reduce your risk of injury.

By ensuring that your training programme covers all of the fundamental movements, you restrict your chances of overusing particular muscles.

Anyone who has ever followed a bodybuilding programme will know that most people generally have a tendency to focus more on the body parts they enjoy training and less on the ones they don’t, which is why this phenomenon occurs… 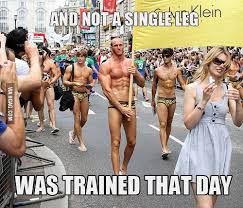 Training goals come into the equation too. Bodybuilding training is purely designed for aesthetic purposes, so unless you’re training for a physique competition there are almost certainly more effective ways to train.

I want my personal training clients to experience significant performance improvements – I want them to not just look better, but feel and perform better too.

If you look at my exercise selections in the Olympic lifting complex video below, you’ll notice a few things…

These are just a few examples of why training movements is a more efficient use of time, effort and intensity.

By the way, if you’re going to incorporate squats or Olympic lifts in your programme, you need the correct footwear

. These are the shoes I wear…

You could also do with some technique help. There are two things I recommend…

Back to why I train movements, not muscles…

The body is a series of complex systems that work together. This is especially true with the musculoskeletal system, so trying to go against millions of years of evolution by expecting different body parts to work alone is at best, wishful thinking and at worst, pointless and likely to lead to injury.

Think of a workout split less in body parts and more in movements, so maybe something like this…

By splitting your training week up like that, you’ll be training body parts more frequently. Take this as an example…

If you followed the split above, on Tuesday you would do a lower body pull and should be including some sort of deadlift, therefore training your back as well as your lower body.

You’d also train your back on Thursdays with an upper body pull, meaning you’ve trained your back twice in a week rather than once as you would with a traditional body part split routine.

On both push and pull days you’ll be training your shoulders, so they’ll be exposed to exercise more often.

There are two lower body days, meaning your legs are trained twice in the week, not including the sprint work on the conditioning day.

Compare this to a traditional split routine where you’ll train your muscles once per week. At least half as often as with the movements, not muscles approach. As long as you are recovering properly, training muscles more frequently will help you grow more than training a body part once per week.

Train your body like a system and you’ll notice your workouts are more effective. It’s easy to see why with the explanation above.

I’ll finish by suggesting you read this bit carefully….

If you want a muscle to grow, you have to train it. Frequently. And well.

Train well, recover well and you’ll and you’ll see significantly better results. Throw in some of the best protein shakes and you’ll be on your way.

One thought on “Train Movements, Not Muscles”