I did a prowler conditioning workout this week, using only the kit shown below. This is all you need for a really tough and effective workout, burning well over 1000 calories in less than an hour. I’ve detailed the workout and the order below so you can do it yourselves. 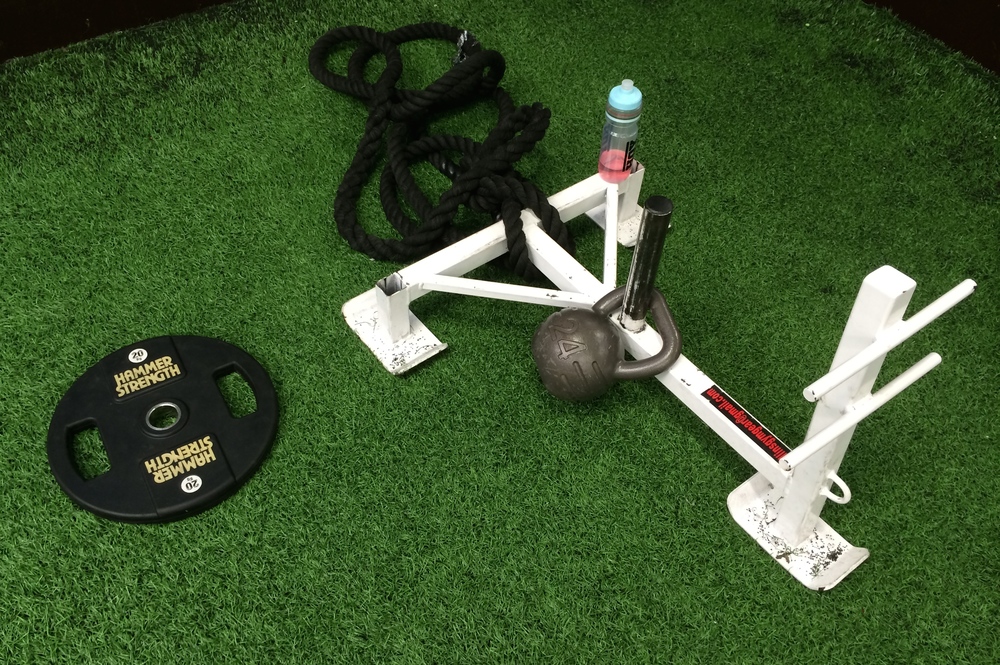 Hands on the handles, assume the position and then sprint as fast as you can, pushing the prowler in front of you!

Check out this video of me racing my 3 year old son during the workout (in my defence, the prowler is loaded with 20kg at this point!)

Loop the battle rope around the prowler, leaving two equal lengths of rope. Use the rope as handles to pull it towards you with. When it reaches your feet, grab the ropes, run until the rope is at full extension again and repeat the drag towards you. 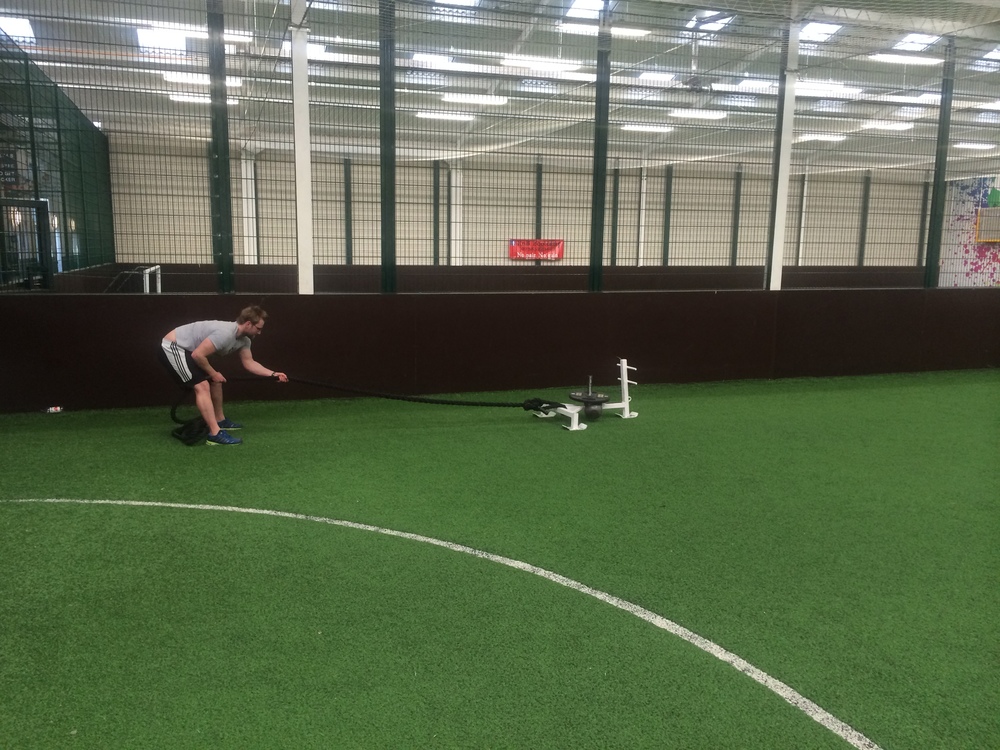 I finished off my legs with a set of overhead lunges. I held a 20kg plate above my head and performed 25m of alternating lunges. I found this to be an excellent core and back test, not to mention hard on my already tired legs! 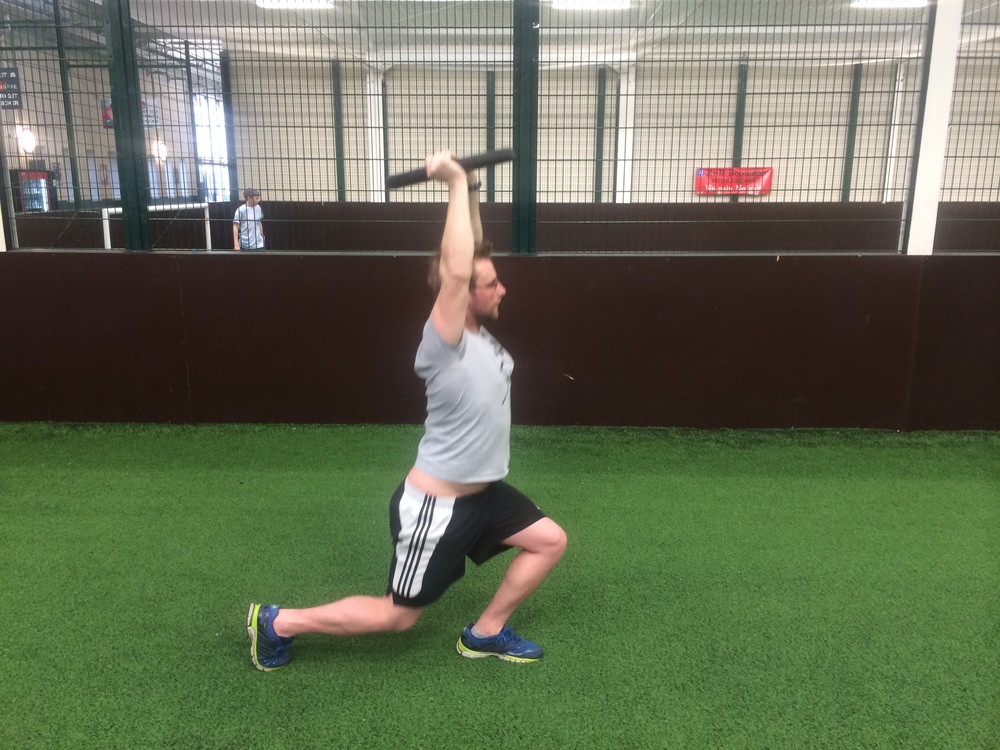 With a bit of time remaining, I did a quick workout finisher!

According to the data on my heart rate monitor, this workout burned 1024 calories and took around 55 minutes, so over 1000 calories in less than an hour. No wonder conditioning/HIIT workouts are so effective for fat loss!

Boost Immunity Quickly with These 6 Science-Backed WaysGeneral10 Prowler Workout Ideas to Burn Fat and Improve Your Conditioning... FAST!Exercise & Health1000 Calorie Diet Book Is Here!Weight Loss & NutritionWhy You Should Adapt the 75 Hard ChallengeGeneralI Did a 3 Day Fast. Here's a Detailed Account of What Happened....Weight Loss & NutritionWhat's Training?! Thoughts on my Recent Lack of Exercise...General