If you didn’t know, in the fitness industry, CrossFit is a controversial topic – depending on who you listen to it’s a force of pure evil, spawned by the devil himself or it’s the saviour of all things fitness and sent from the heavens to change training forever.

What I love about CrossFit…

CrossFit popularised intense training. They made it mainstream to lift weights, carry sandbags, run up hills and swing Kettlebells. They made circuit training popular and encouraged mass participation of women in weight lifting for the first time.

CrossFit brought a new definition of fitness to the debate – one that prized GPP (general physical preparedness) over individual abilities such as strength, stamina or speed.

Finally, CrossFit changed the way we look at workout structure. They introduced short, intense sessions and emphasised their benefit over the long gym sessions popularised by the bodybuilding world. It was the first major shake up in fitness since aerobics became popular.

CrossFit didn’t invent exercise, but it certainly changed it’s application and the appeal of weight training to the masses.

What I hate about CrossFit…

To grow their business, CrossFit had to expand it’s coaching and affiliate programme. At the introduction, Level 1 CrossFit coach certification requires no pre-requistite qualification in anything to do with fitness. This can lead to a tunnel-vision belief in everything CrossFit says and does, rather than encourage healthy scepticism and wider-world experience.

It also (and this is where CrossFit can earn a bad name), allows people who have no other training and experience than a CrossFit Level 1 Cert to train people under the CrossFit banner. You better research the CrossFit injury rate before you get carried away…

This is where things can go wrong… 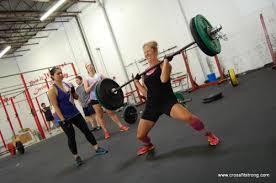 Now of course in a legit CrossFit box, the coaching is excellent, but that’s the problem – when the barrier to entry is so low and you allow anyone who has done a weekend course to teach under your name, that’s where the problems and the darkening of your brand occurs. It drags all of the excellent coaching down to the same level in the opinions of many, which is shame.

Kipping pull ups are a little more difficult to defend. People in full-kipping form look like a fish being electrocuted to me….

CrossFit didn’t invent anything in fitness – they popularised it and some would argue, claimed it. Whether that’s clever marketing or arrogance is up for debate, but they have coined the ‘Sport of Fitness’ term.

CrossFit award the title of ‘World’s Fittest Man/Woman’ to the winner of the CrossFit Games. The CrossFit games forces athletes to compete in all kinds of randomised events with an emphasis on different aspects of fitness (speed, strength, endurance etc) each time.

The CrossFit argument is that they can legitimately award the title of ‘Worlds Fittest Man/Woman’ as they test athletes across the widest range of fitness modalities.

It’s an argument I agree with. There are better specialists, certainly. Are there any better all-rounders than say, Rich Froning? I doubt it. Not at the moment.

If you sit on the side of the fence that hates CrossFit, you probably think it’s pure arrogance  that they decide who the fittest man and woman on earth are. You’ll also hate the ‘cult’ nature of CrossFit that has led to memes like this one being produced… 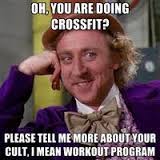 To be honest, I don’t have it in me to hate a training methodology, so I don’t really understand the extremes in opinions it provokes. I personally don’t agree with militant veganism, but it doesn’t move me to hate!

Anyway, on with the article.

My first exposure to CrossFit was in 2004 when I had not long graduated with my Sports Science degree. As a young personal trainer, seeing pictures and videos of people doing thrusters and WOD’s gave me ideas and inspiration. It cut my learning time down significantly and in my small town in Cornwall, allowed me to programme workouts that were almost revolutionary to the people who had never seen or heard of CrossFit.

I experimented with much of it and it worked. I suppose it was a tactical advantage for me over competitors – barely anyone in the UK had heard of CrossFit back then, even fewer were doing it, especially in Cornwall!

Working in a gym meant I had the keys to the place and a group of 5-6 of us would stay behind after hours, training in an empty gym using a CrossFit style – high intensity with varied movements. We didn’t call it CrossFit, but we used the principles.

Fast forward to 2008 when I moved back north and I shared a flat with an avid CrossFitter – he would wait patiently, refreshing his screen late into the night to find out what the next WOD was going to be. He was a bonafide CrossFit fan and had the battle scars to prove it.

He went paleo, he did the (ill-advised) long runs in Vibram’s

and he pounded down the almond butter at night because that’s what CrossFit advised. He downloaded the CrossFit journals, he timed his Frans and had plenty of Fights Go Bad (CrossFit fans will get those).

Occasionally we’d train together and I loved it. I suppose it was a break from my usual gym training, but we’d get outdoors, pushing ours cars around the car park at the Carrs in Wilmslow in between sets of TRX

We’d make it up on the fly, discussing our workout in the car on the way to train. Typically we’d train in the late evening and I often wondered what the dog walkers thought of us pushing cars around and doing burpees whilst they were returning to their cars!

When I look back, I realise there has always been a bit of a CrossFitter in me. I was never a pure bodybuilder or powerlifter. I wanted to ride my bike, climb mountains and do the occasional run. The gym for me was (and still is) about performance, not aesthetics. Doing 3 x 10 bicep curls for the rest of days would bore me to tears!

I stopped following the CrossFit principles a couple of years ago. It wasn’t a conscious decision, it was a slow evolution. Life just got busier – I was a Dad now, a business owner and generally more tired. Over the last couple of years I’ve still trained regularly and even pretty hard, but in general the intensity has dropped. Really tough workouts were the exception rather than the norm and that isn’t good.

I was putting less and less effort into thinking about my own training, meaning I was going through the motions more often than not. I wasn’t training as hard as my personal training clients in some cases and that wasn’t good. I needed to up my game.

I was still thinking about training all the time – it’s my job to do so, but the benefit of that thinking was for my personal training clients rather than me, but that was about to change…

How CrossFit influenced my training again…

Adopting a CrossFit style of training again was almost accidental. I had been wondering how does someone train when they don’t know what they’re training for? In the case of a CrossFit Games athlete, the workouts can be as varied as the minds of the organisers can dream up. Competitors could be expected to run a marathon and deadlift 400lbs in the same workout – there are no rules.

So to satisfy my curiosity, I started watching Rich Froning training videos on YouTube. If you don’t know who Rich Froning is, he’s the Don of CrossFit. A 5-time winner of the games, so he knows how to prepare.

Anyway, upon watching these videos I was taken aback not by what he does, but HOW MUCH! The guy is a machine, managing to train 5 or more times per day.

Now of course we can’t all do that – we don’t have the time, the resources or the recovery ability. It did make me think though and it made me realise that there is another gear that we all have. What we think of as fatigue and what actually constitutes as fatigue are completely separate.

We (and I include myself in this completely) often associate our mental fatigue with physical tiredness. After a long day at work we may feel tired but unless our jobs are physical in nature, there is a good chance we aren’t actually tired at all and some movement would do us some good. I’ve been reminding myself of this and have been using exercise as a way to combat feelings of mental fatigue.

Physical fatigue where movement is difficult to perform comes after extended periods of physical activity or exercise. In order to protect my energy levels, I’ve adopted a similar approach to Rich Froning that includes mixing workout modalities, so if I’m training twice in a day I’ll never train the same energy system twice.

In English, this means I’ll never do say, two strength workouts or two cardio workouts in the same day. Depending on the time I have available, I’ll try to fit both a strength and cardio in, but if I only have time for one I’ll stick to strength training. 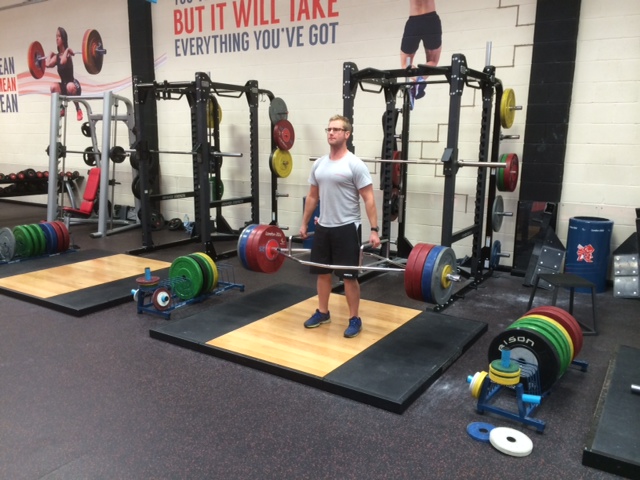 My training being influenced by CrossFit again has been a revelation to my motivation, my enthusiasm and my results. I’m lifting heavier than ever (in my 30’s as well!) and have lost 3lbs in my first week without changing my diet at all.

I’ve spent the week exhausted thanks to a higher training volume but I’ll get used to that pretty quickly I’m sure. At times I’ve been cursing Rich Froning and CrossFit, but I’m enjoyed my newly varied training.

For what it’s worth, I don’t think there is such a thing as ‘doing CrossFit’, I’ve just used it throughout the article in the absence of a better term.

There’s a book that has been written about CrossFit, which by all accounts is pretty good. I haven’t bought it yet, but it’s on my list!

150 Emails... A Few of My Training ThoughtsFitness News & ViewsHow Today’s Gamers Are Staying FitGeneral1000 Calorie Diet Book Is Here!Weight Loss & NutritionTraining After Lockdown - What You Need to Do...Exercise & HealthIt's a Pandemic, Not a Productivity Contest... ApparentlyMotivation & SupportHome Workouts During a Lockdown - The Complete GuideExercise & Health