Last year (2016), I hosted the first ever Active Retreat in Fuerteventura.

My vision was for a holiday that went above and beyond a ‘normal’ fitness retreat that focussed on one or two activities – I wanted my retreat to be the kind of holiday I’d like to go on. Something I could be proud to offer.

In March 2016 the Fit for Life retreat was born. I had 6 months to put together the kind of holiday package I’d be happy to put my name to. It wasn’t an easy task, but alongside Gary at AzulFit, we managed it.

The first Fit for Life retreat was good. Very good in fact – something I was really proud of. As with anything though, there is a sense of it could be better. There was a lot of exercise and plenty of variety in the last one, but I felt we missed a pure strength element.

My aim was to rectify that this time, so I sought out the right environment and setting for strength training. I found it, which is great – it improved the Fit for Life retreat exponentially and opened up many doors for potential future fitness holiday offerings. 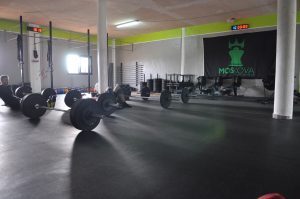 Fast forward to April 2017 and the next Fit for Life retreat came around.

This time we had 12 guests (a sell out). We could have had more, we even turned a couple of people down who missed the cut off point by 12 hours (when we say booking has closed, it’s closed – we don’t do scarcity marketing).

There were big changes for this Fit for Life retreat…

The timetable was busier – we’d added an extra circuit class, made the bike ride longer (took it from 25km to 42km) and partnered with a local gym to add an extra two strength training sessions. We’d dropped one Pilates class and added an extra Yin Yoga class to help with recovery from the training.

It was a busier timetable, but one that I felt the guests could cope with given the extra downtime they were allocated and the extra Yin Yoga class – last time the guests said the stretching in the class really provided the perfect antidote to the training.

Turns out, the calculations and assumptions were correct. Despite the extra exercise, the guests coped admirably with the training volume and didn’t complain of injuries at all. I think we hit a sweet spot – enough exercise to push guests to their limit, but not go beyond it.

Any retreat is only as good as the guests. As the host, it’s my hope that the guests we have are enthusiastic, willing to work hard and try new things. In this case, I needn’t have worried…

The guests we had were from a very diverse background and countries – England, Ireland, Germany, Lithuania and Czech Republic were all represented.

They also had a variety of exercise backgrounds and motivations for being on the retreat. Some wanted an active holiday, others wanted to use it as a kickstart to health, others were attracted by a holiday that offered such a wide variety of healthy activities.

The way the Fit for Life retreat is structured, I felt like they’d all enjoy it, despite their different motivations for coming along.

In my emails before the retreat, I asked for enthusiasm and a willingness to work hard. I got both.

There were personal demons faced – one of our guests hadn’t ridden a bike for 16 years, but still pushed herself through a 42km ride across some challenging terrain. If the ride itself wasn’t tough enough, we even climbed to the top of a volcano where we stopped for a group picture… 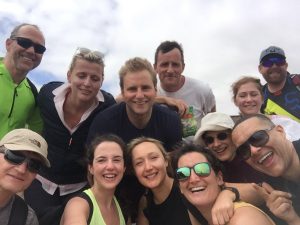 And made friends with the local wildlife… 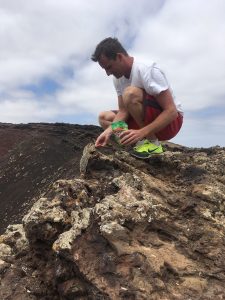 Others hadn’t weight trained or done any Olympic weight lifting, but threw themselves into the workouts with enthusiasm. Weight lifting is different to weight training as there are particular skills and movement patterns to learn, but the group did well. 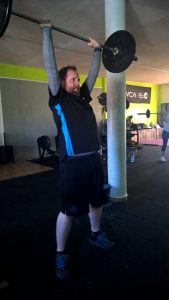 Surfing was a new challenge for the guests too – all but two had never surfed in their lives, but they went into the water and tried their best. From my perspective, it was great to see.

The Fit for Life retreat timetable is tough, but it’s balanced out with Yin Yoga, lots of downtime and a massage that allow for recovery. On the back of the 4 Yin Yogas classes the group had, we have a converts – the second time in a row that’s happened!

For me, that is a big part of the enjoyment – I want guests to do things they wouldn’t normally do, so when I hear they’ve enjoyed a new activity it feels like a mission accomplished!

We were blessed with great weather the entire week, which always helps. One of the benefits of Fuerteventura is the high likelihood of great weather, but it’s still a risk.

If the weather is good, it’s a pretty spectacular place. Amazing beaches can be found all along the north shore, plus there are miles and miles of beachside sand dunes. If beaches are your thing and the weather helps, you’ll be in your element!

Luckily for us, we had the sun every single day. It meant the downtime and relaxation was extra easy – the only hard part for guests was deciding whether they should sunbathe on the beach or by the pool! 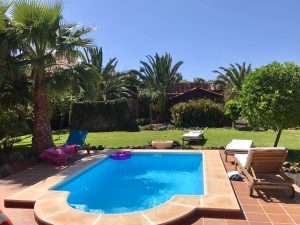 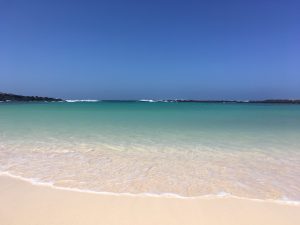 Food wise, we were looked after like kings. With an abundance of freshly-prepared food. Hitting our 5 a day was a doddle – we’d done it by breakfast most days… 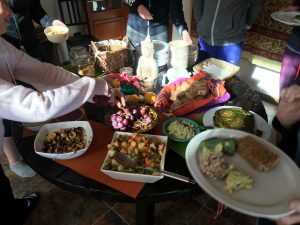 It’s easy to sit here and wax lyrical about how fantastic a holiday was, but the feedback I had was again, fantastic. Another happy bunch of guests and new friendships formed. The Fit for Life retreats are the highlights of my working year – I’m hoping we can keep the momentum of two per year, one in April and one in October.

Discussions have already started about October dates, so watch this space. There’s interest in it already, so hopefully it’ll happen!

It gives me genuine pride to see my brainchild not only come to fruition, but to make so many people happy. We’ve had 20 guests over the two retreats so far and they’ve all given me great feedback. That’s a pretty high success rate.